CONROE, Texas – A Montgomery County judge has returned a $1.7 million final judgment against a Golden Chopsticks restaurant in The Woodlands, Texas, for the death of 27-year-old Bobby Joe Johnson, who was walking to his apartment when he was hit by one of the restaurant’s delivery drivers.

“The tragedy in this case is that Mr. Johnson’s death was preventable. Golden Chopsticks and their driver had a responsibility to the public when delivering food to customers,” said Ms. Wheaton’s attorney, PMR Law trial lawyer Brent Phelps. “Because of this driver’s carelessness and the restaurant’s failure to train and supervise its drivers, Mr. Johnson is no longer with us today. We are grateful that the judge agreed with the facts that we presented.”

According to the lawsuit, Mr. Johnson was walking to the apartment he shared with his mother around 8:30 p.m. on April 2, 2019, when he was struck by the delivery driver as he crossed the street on F.M. 1488 in Conroe. Mr. Johnson spent two days in the emergency room before he died on April 4, 2019, from a blunt force injury.

The case is Telina Wheaton, individually, and as the representative of the estate of Bobby Joe Nathan Johnson vs. Mingrun D/B/A Golden Chopsticks, Cause No. 20-02-02017, in the 284th District Court in Montgomery County, Texas.

Paranjpe Mahadass Ruemke LLP or PMR Law is driven by compassion and focused on results. The firm has helped thousands of clients receive the compensation they deserve in personal injury litigation and business disputes. PMR Law’s priority is to provide personalized attention, professionalism, and tireless representation.

“Brent and Shams each come with separate sets of talent and skills that will complement our team and help us provide the right solutions for our clients,” said Tej Paranjpe, managing shareholder and co-founder of the firm.

Mr. Phelps comes to PMR Law from Bergquist Law Firm and focuses his practice on personal injury litigation. With a passion for representing individuals with catastrophic injuries, Mr. Phelps is dedicated to holding drivers and trucking and insurance companies accountable for their negligence and wrongdoing. His expertise also includes premises liability and medical malpractice litigation. Mr. Phelps is a graduate of South Texas College of Law in Houston and has a political science degree from Texas A&M University. He is a member of the of the Houston Trial Lawyers Association.

Mr. Merchant’s practice focuses on complex commercial litigation, mass torts and class actions, as well as personal injury. While in law school, he assisted representing plaintiffs and defendants in high-stakes cases, including representing more than 500 plaintiffs in a flooding-related lawsuit against a petroleum company. He is a graduate of the University of Houston Law Center and earned his finance degree from the University of Houston Bauer College of Business. Mr. Merchant is a member of the Houston Trial Lawyers Association, the South Asian Bar Association of Houston and the Houston Young Lawyers Association.

PMR Law is driven by compassion and focused on results. The firm has helped hundreds of clients receive the compensation they deserve in personal injury litigation and business disputes. PMR Law’s priority is to provide personalized attention, professionalism, and tireless representation. Visit: https://pandmllp.com/. 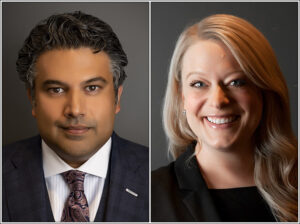 AUSTIN, Texas – A federal judge has rejected efforts by a Texas nursing home company to move a pandemic-related medical negligence lawsuit to federal court, clearing the way for the dispute to proceed in the state court where it was originally filed.

PMR Law attorneys Jacqueline A. Stump and Tej Paranjpe represent plaintiffs Michael and Desiree DeLeon, who filed the lawsuit on behalf of the estate of Sulema DeLeon, a long-term care resident of the Trinity Health Center in Round Rock, who passed away on April 28 after contracting COVID-19.

According to the lawsuit, Trinity Health Center and Caraday Healthcare, LLC., failed to take preventative measures to stop the entry or spread of COVID-19 in the nursing home. Attorneys representing the nursing home sought to have the lawsuit moved to federal court, where the Federal Public Readiness and Emergency Preparedness Act or PREP Act preempts state law and provides immunity to the defendants for any loss due to PREP Act “covered countermeasures.”

PMR Law attorneys argued that the lawsuit belongs in state court because the PREP Act does not cover failed actual care or inaction by health care providers.

Federal Judge Robert Pitman agreed that the lawsuit falls under state medical negligence claims and sent the case back to the 98th Judicial District Court of Travis County, Texas.

“This lawsuit is about a nursing home that failed to act and put the proper countermeasures in place to prevent the spread of the virus where Sulema DeLeon lived,” said PMR Law co-founder Tej Paranjpe. “Those claims belong in a state court where they can be properly disputed, and we are glad that Judge Pitman agreed with our argument.”

The case is Michael DeLeon and Desiree DeLeon, individually and as representative of the estate of Sulema Deleon v. Trinity Health Center and Caraday Healthcare, LLC., Case No. 1:20-CV-00945-RP.

Paranjpe Mahadass Ruemke LLP or PMR Law is driven by compassion and focused on results. The firm has helped hundreds of clients receive the compensation they deserve in personal injury litigation and business disputes. PMR Law’s priority is to provide personalized attention, professionalism, and tireless representation. Visit: https://pandmllp.com/.

HOUSTON – The 2020 Texas Super Lawyers listing has recognized Paranjpe Mahadass Ruemke LLP (PMR Law) co-founder Raj Mahadass for his work with plaintiffs involved in personal injury disputes. This is the second year Mr. Mahadass has been honored by the prestigious listing that highlights the top attorneys in the state.

“We take pride in creating the kind of service and attention our clients deserve when they come to us with a case,” said Mr. Mahadass. “This honor shows that our peers recognize our hard work and compassion, and I’m grateful to be included again this year.”

Thomson Reuters publishes the annual list in the November editions of Texas Monthly and Super Lawyers magazines. The rankings are compiled after a rigorous vetting process that begins with a statewide survey of lawyers, followed by a review from a blue-ribbon panel, and then final selection after an extensive editorial review. The complete list is available at http://www.superlawyers.com.

Mr. Mahadass is president of the Tulane University Alumni Association of Houston. 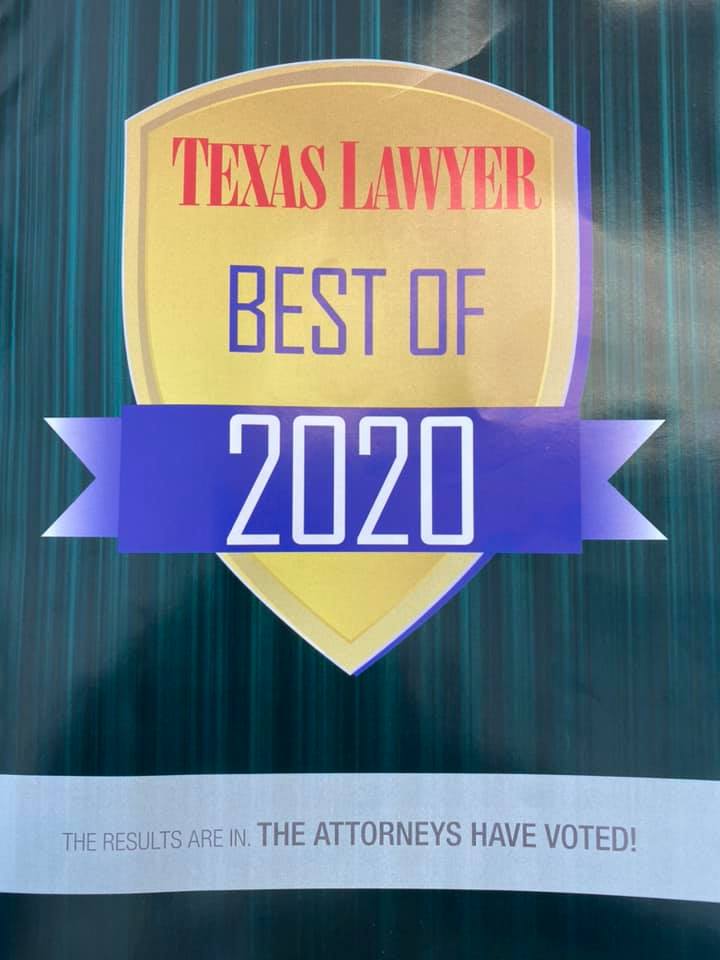 In the last year, the firm has secured significant settlements and resolutions for a range of clients, including the parents and children of a 28-year-old man involved in a car accident, who died after paramedics improperly intubated him in the stomach instead of the lungs.

In addition, PMR Law is representing nearly 1,000 plaintiffs in a lawsuit against six defendants – including CenterPoint Energy Houston Electric, LLC and Enterprise Products Holdings, LLC – for failing to properly construct a pipeline behind homes in Channelview, Texas, resulting in flooding, structural damage and a decrease in home values. The firm’s case started with fewer than 100 homeowners. The firm is working on a similar case in Jacinto City, Texas.

While the Best Of 2020 honor recognizes the entire PMR trial team, Mr. Paranjpe is singled out among Texas Lawyer’s 2020 Texas Trailblazers, an elite list of practitioners whose contributions to the practice, policy and technological advancement of their profession have made a significant impact.

Mr. Paranjpe has handled more than 100 jury trials to verdict in a 10-year legal career. He is lead counsel on the Houston-area pipeline litigation and has been instrumental in building a respected trial team at PMR Law that represents approximately 400 current and active cases.

PMR Law and its attorneys have earned numerous additional legal honors, including Texas Lawyer’s Litigation Department of the Year for products liability and mass torts, Best Lawyers in America “Ones to Watch,” Texas Super Lawyers and Texas Super Lawyers/Rising Stars.

PMR Law is driven by compassion and focused on results. The firm has helped hundreds of clients receive the compensation they deserve in personal injury litigation and business disputes. PMR Law’s priority is to provide personalized attention, professionalism, and tireless representation. Visit: https://pandmllp.com/.

HOUSTON – Houston-based Paranjpe Mahadass Ruemke LLP (PMR Law) has been honored as Litigation Department of the Year by the publishers of Texas Lawyer magazine based on the firm’s work in products liability and mass torts litigation.

The Texas Legal Awards are based on submissions that highlight the firm’s cases, followed by a vetting process from the Texas Lawyer editorial team.

“Compassion is what drives the work of our firm,” said PMR Law co-founder Tej Paranjpe. “We are grateful that our many hours dedicated to fighting for justice have been recognized.”

In the past year, PMR Law has represented plaintiffs in personal injury and mass tort matters, and has secured significant settlements for the families of individuals injured or killed in accidents.

Most recently, the firm’s grassroots efforts have focused on pipeline construction crossing the Houston-area communities of Channelview and Jacinto City. The work of PMR Law could have a significant impact on how companies design and build pipelines through residential areas.

In the Channelview case, PMR Law claims more than $250 million in damages against six defendants, including CenterPoint Energy Houston Electric, LLC and Enterprise Products Holdings, LLC, for failing to properly construct a pipeline behind residents’ homes, resulting in flooding, structural damage and a decrease in home values. The firm’s case has grown from fewer than 100 homeowners to nearly 1,000 plaintiffs today.

In addition to the Litigation Department of the Year honor, Tej Paranjpe was also among the recipients of the On the Rise award, which recognizes the state’s leading attorneys under the age of 40. In a 10-year career, Mr. Paranjpe has tried more than 107 jury trials to verdict, and has built a team that is representing 400 current and active cases.

PMR Law is driven by compassion and focused on results. The firm has helped hundreds of clients receive the compensation they deserve after they were the victims of accidents or financial disputes. PMR Law’s priority is to provide personalized attention, professionalism, and tireless representation. Visit our website to learn more: https://pandmllp.com/.