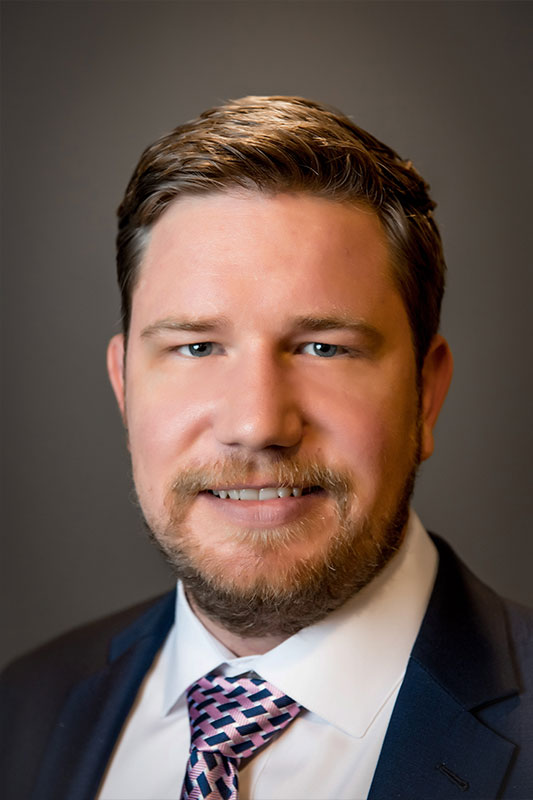 Ben Ruemke, a respected trial lawyer, business partner and best friend, who used his passion for the law to fight for injured individuals, passed away on Monday, August 9, 2021, at the age of 39, from natural causes.

A managing partner and shareholder in Paranjpe Mahadass Ruemke, LLP, Ben oversaw the firm’s highly respected personal injury practice, where he was known for his commitment to his clients’ causes and formidable skill before judges and juries. But Ben was more than a partner to PMR Law, he was, and will always be, family. Professionally, he had extensive accomplishments, from orchestrating numerous impressive high-dollar verdicts and settlements to a litany of awards recognizing his accolades and exceptional representation. Quite simply, his legal prowess was both well-recognized and well-deserved. However, Ben was not just the consummate professional, he was the consummate friend and, for those that had the pleasure of working with him, he will be remembered for much more than his professional achievements.

“Ben had a deep-rooted passion for representing individuals wronged by society. He was the most genuine person, and a caring and an excellent attorney, dedicated to serving his clients, his firm, and the legal community at large. He truly placed his clients’ interests ahead of everything else, and they loved him for that.” – PMR Law co-founder Tej Paranjpe

Ben joined PMR Law as a partner in 2016, joining two of his closest friends, Tej Paranjpe and Raj Mahadass, in their efforts to create and grow a great plaintiff’s practice. Over the ensuing years, Ben was an integral part of seeing that vision come to life, and, along the way, he did what came naturally to him—he made relationships with people, not out of obligation or self-indulgence, but out of sincere altruism. Even in the office, Ben had a knack for turning everyday routines into engaging endeavors and mundane meetings into rooms filled with laughter. But, even more than his undeniable charm, Ben had a quality about him held by very few in this world, a genuine thoughtfulness. Partners, associates, and staff alike were all given his undivided attention and when he spoke with you, his kindness and presence were palpable.

“Ben excelled as a trial attorney. He was the kind of attorney you wanted in your corner. More importantly, he was the kind of person you wanted as a friend, and he treated all his clients like friends or family. To everyone, he exuded love, warmth, and positivity. Our staff would lean on Ben for support, he was a mentor to many, and the best friend one could ever have. We are devasted by this loss.” – PMR Law co-founder Raj Mahadass

This was no different for those that hired Ben. His clients adored him. Ben treated them with the utmost respect and responded to their problems with his greatest diligence. To Ben, his greatest accomplishments were not the verdicts, settlements, or awards but, rather, the privilege to represent and resolve matters on behalf of those who simply needed him the most. For all his clients, Ben was a gifted, tenacious, and enviable advocate.

While words alone cannot do justice to his memory, Ben’s legacy will continue to be carried out in the firm’s work. He poured his heart and soul into his work, and his tireless efforts helped to create a profoundly caring and collaborative firm culture that gives us all tremendous pride. That culture would not have been possible without Ben’s talents, mind, and hard work, and is engrained in our firm. Ben was a true friend to everyone he met, a revered advocate for his clients, and family to those of us here at PMR Law.

A 2011 graduate of South Texas College of Law, Ben received a Bachelor of Arts degree in History from the University of California, Los Angeles. He grew up in Arlington, Virginia, and was born in Mississippi. He is survived by his father, stepmother, brother and stepbrother. He will be greatly missed but his memory and spirit will always be with us.