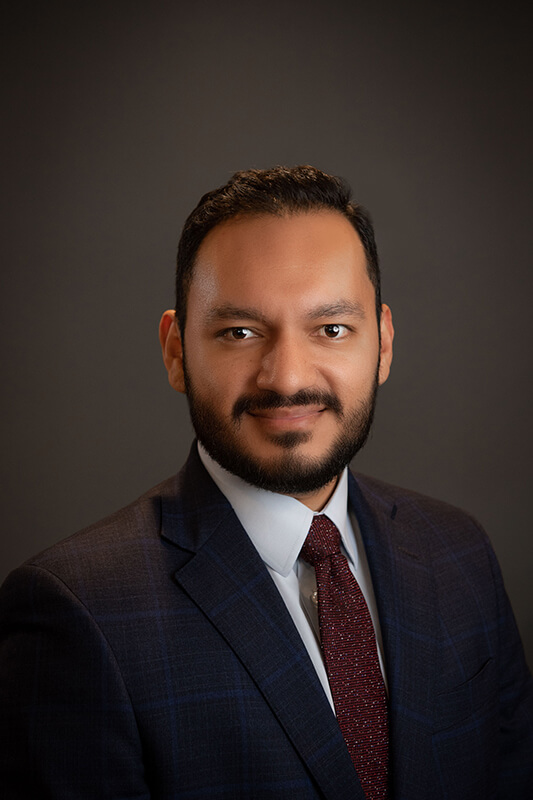 Michael is an associate attorney at Paranjpe Mahadass Ruemke LLP. Michael is a fierce advocate for people injured by the negligence of others. He prides himself in advocating for his clients in the pursuit of bringing them a fair and just result.

Michael is a native Texan, born and raised in the Rio Grande Valley who is fluent in Spanish. He received his bachelor’s degree from the University of Texas – Rio Grande Valley. After college, Michael attended South Texas College of Law Houston. At South Texas, Michael was an executive member of the Hispanic Law Student Association, Contributor to the Hispanic Journal of Law & Policy, and a varsity member of the nationally ranked advocacy program.

During law school, he interned for the 215th Civil District Court of Harris County as well as the United States Attorney’s Office. Michael now gives back to the Advocacy Program coaching teams of law students and coached a team that claimed the program’s 134th national advocacy championship

When not in the office, Michael enjoys spending time with family and friends, rock climbing, reading, and traveling.