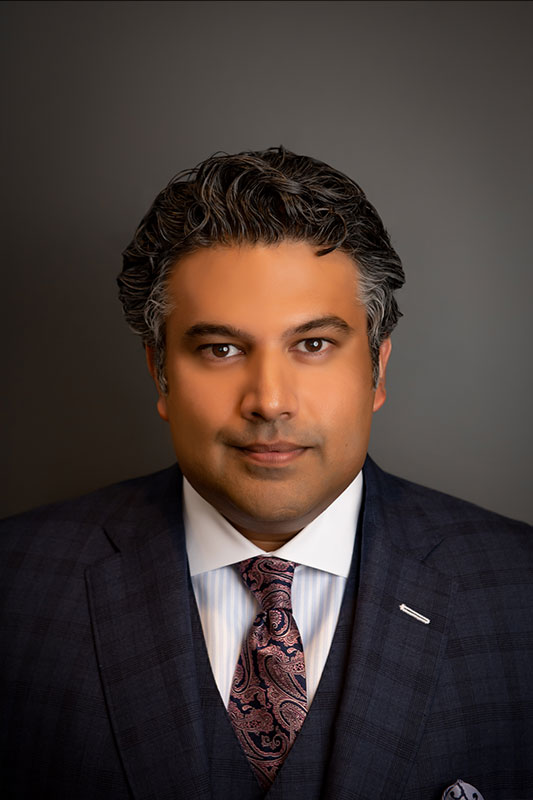 Mr. Paranjpe is a Managing Partner and Shareholder at Paranjpe Mahadass Ruemke LLP and represents plaintiffs in complex civil/commercial litigation, class actions, and personal injury litigation. Mr. Paranjpe has a vast amount of trial and negotiation experience through his previous position as a Criminal Defense Trial Attorney for a local law firm that has represented over two-hundred thousand clients in the greater Houston area. Before reaching the end of 2014, Mr. Paranjpe achieved entry into the “Century Club” having amassed and litigated, as first-chair counsel, 107 jury trials to verdict.

As the leader of the aggressive litigation team at PMR Law, Mr. Paranjpe initially represented plaintiffs and victims across an array of issues, ranging from cyberbullying, due process protection of students from systemic violations by their teachers and administration, to tortious personal injuries. In 2015, Mr. Paranjpe became primary counsel for hundreds of clients in a nuclear radiation exposure incident. Since then, Mr. Paranjpe has provided the vision and direction behind PMR Law, growing its presence throughout the city of Houston, the state of Texas, and the nation as a whole. In creating the firm’s complex-civil plaintiff’s litigation department, Mr. Paranjpe currently represents thousands of residential clients throughout the city of Houston against multi-billion dollar oil and gas entities, businesses against insurance carriers and other businesses, and plaintiffs in class action lawsuits against industrial giants.

In his spare time, Mr. Paranjpe enjoys adventuring and scuba diving, while traveling around as much of the world as possible. Tej also enjoys cooking, learning about wine, smoking brisket and ribs, running and swimming (so he can continue to cook), keeping up with new films, and of course spending time with his family and friends.