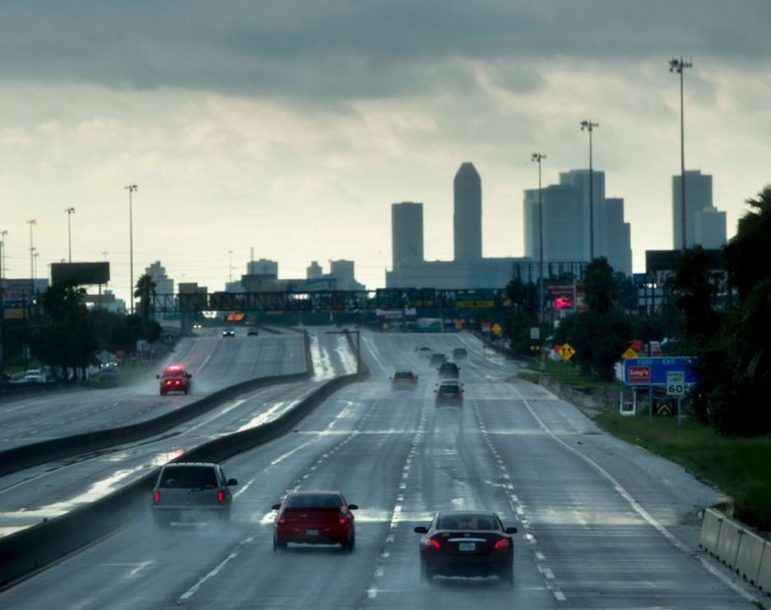 Driving in Texas is becoming more lethal, with almost 3,700 people killed in traffic incidents in 2018. That represents an increase of more than 10% compared to the same period in 2017.

Houston is the most populated city in Texas. Which is why we likely see the most car accidents in Texas here. According to the Texas Department of Transportation (DOT), there were 107,215 accidents in Harris County in 2018.

Some more in-depth car crash statistics for Harris County according to the DOT:

– 368 of those accidents were fatal, resulting in 391 deaths

Houston also ranks among the worst cities for traffic in the U.S. Houston ranks near the top of several “crummy commute” categories, a recent study conducted by Auto Insurance Center reports. The website says traffic delays cost the average American about $960 and 42 hours a year. The report reviewed various data from 471 U.S. urban areas.

Deaths per 100,000 miles driven are at their highest point in seven years. This disturbing increase in deaths may have several causes, including the fact that more Americans are driving as the economy has recovered. But it is also believed that a great culprit is distracted driving. As CityLab reported in March 2019, American drivers are texting, talking, adjusting the controls of increasingly complicated vehicle entertainment systems, and doing other things while driving, that make them ignore traffic lanes more than half the time while behind the wheel.

A new analysis by EverQuote, an online marketplace for car insurance also suggests the risks of distracted driving.  EverDrive, via its secure driving app, captures a driver’s phone usage when his car is in motion. The app collected data from about six million trips, totaling over 75 million miles, by approximately 38,000 registered users across the country between 2010 and 2018.

Using this data on the use of mobile phones and complemented by an analysis of collision statistics compiled by the Federal Highway Administration, EverQuote was able to create a ranking of the most lethal roads in the country. The results indicate how dangerous driving habits, combined with a lack of state policies that could limit them, may be increasing deaths.

A thorough study from the Accident Data Center, which compiled accident statistics from 2011 to 2018, concluded that Interstate 45 (I-45) ranks as the second-most dangerous highway in the nation. This highway averaged about 56.5 fatal accidents per 100 miles.

The Bayou City was named the most dangerous stretch on I-45, experiencing 51 fatal accidents in 2018.

A study by ValuePenguin looked at the number of fatal accidents that happened in dark areas or areas where no roadway lighting was present. I-10 was rated the second-darkest highway, and I-45 ranked No. 3 on the same list.  Both highways averaged nearly 20 fatal accidents per 100 miles due to nighttime conditions.

Other dangerous roads in Houston

Interstate 610 (I-610) is the internal bypass road that divides Houston. It follows a 38-mile circular path around downtown Houston.

The northern area of I-610 is especially dangerous and tends to host a large number of rollover accidents.

Beltway 8, or the Sam Houston Freeway, is a state highway in the Harris County area. It runs a circular path of 83 miles around the Houston area.

State Highway 99, also known as the Grand Parkway, is a highway in Texas that opened its first section in 1994 and it is currently the longest beltway in the U.S., and the third (outer) loop within Houston-The Woodlands-Sugar Land metropolitan area.  Interstate 610 is the first (inner) loop, and Beltway 8 (Sam Houston Tollway) is the second (middle) loop.

Collisions on State Highway 99 / Grand Parkway cause a multitude of injuries and deaths each year. Last year there were more than 100 accidents on SH-99 based on statistics from Houstontranstar.org

What are the main reasons why these Houston freeways are so dangerous?

Although all the accidents that occurred on these three dangerous highways had specific causes, many were related to alcohol, distractions at the wheel, or because of not obeying speed limits.

It is thought that the distracted driving epidemic is responsible for about 9% of all road deaths. Meanwhile, traffic laws restricting mobile phone use remain extremely difficult to enforce in most states and in some they do not even exist. Drivers can also cause accidents if they:

– Have not slept enough

– Do not adapt their speed to road conditions (such as road, ice, rain, snow, etc)

What do I do if I have had an accident?

As we have already mentioned, some accidents are inevitable. Fortunately, if you have been involved in one and can prove that the other driver caused it, you may be entitled to compensation for your injuries and other aspects related to the accident.

However, an accident can make victims feel that they have no one to turn to. When that happens, you should contact an experienced attorney.

PMR Law is dedicated to helping victims of auto accidents receive the compensation they deserve. We offer free consultations to discuss your case so we can try and make sure we take all the necessary steps to protect your rights.

If you or someone you love has been injured or killed in a car accident because of a negligent driver, contact our experienced personal injury lawyers at 832-626-3879 or by text at 832-438-3012. Get in touch with us immediately so we can evaluate your case for free. We are available 24 hours a day, 7 days a week. You can also fill out a form by clicking here.