8 Documents You Should Show Your Lawyer After a Car Accident 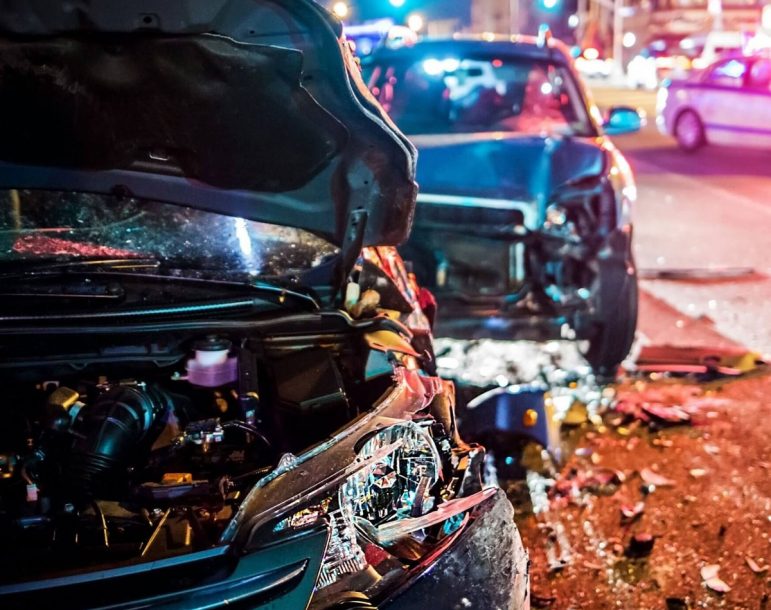 In a personal injury lawsuit, it is usually easier to prove that the other party was at fault when solid evidence is presented. After a car accident, a person who wants to to obtain compensation for damages can try and use witness statements, information exchanged at the scene, the police report to make their case. When you intend to start a claim for a car accident, show your lawyer these 8 documents:

The police report and police records

When an accident occurs, someone at the scene usually will call the police. When the police arrive, they will take the complaint and issue a preliminary opinion about what the cause of the accident might have been.

While this determination can be modified or reversed with evidence that may emerge later, the police report is a powerful tool to establish if the other party was the cause of the accident. It can also serve the victim during settlement negotiations or if the case goes into litigation and towards or during a to trial.

Fines or citations related to the accident

In some cases, one or more drivers who were present during the accident may be fined. This can happen if the driver was under the influence of alcohol or drugs or if he/she was distracted at the time of the crash. The driver can also be fined if he/she was speeding or driving unsafely when the accident occurred.

All drivers who were involved in the accident may also be cited for traffic violations or other infractions. This can be used against the victim in the accident. However, a lawyer can review the information presented and try and argue that the fact that the driver received a citation does not necessarily mean the blame for the crash should be placed on him/her.

In most states, it is illegal to drive without a valid insurance policy that is at or above the state’s imposed minimum amount. If the accident occurred outside of your state of residence, the policy is considered valid if you have made the premium payments on time. If the policy is expired or has not met the minimum standards in your state of residence, this may be used against you.

Those wishing to obtain compensation in a car accident claim have many ways to prove that they paid the car insurance premium. For example, they can show copies of the checks sent to the insurance company. They can also show the bank statements with the date on which the last payment was made and the amount of the payment. If the payment was made with a credit card, they can use the credit card statement as evidence.

Information exchanged at the scene of the accident

It is important that people know what to do after a car accident. One of the most important steps after calling the police is to exchange information at the scene. In general, drivers exchange insurance information, car information, and give out their name, address, driver’s license number, and telephone number.

With today’s smart phones it is even easier to exchange information by taking pictures at the scene of the documents and vehicle information needed.  Whatever information is exchanged, keep it in a safe place and give it to your lawyer during the legal process.

After an accident, possibly one or two statements will be made to the police. At a minimum, the drivers involved will give the police their version of events at the scene of the accident. You may also have to report it to your insurance company. Then, those who witnessed the accident may also testify before the police to describe what they saw. All this information is usually relevant in a personal injury lawsuit, and the original statements can be especially useful if someone later tries to change their story. When a statement is especially powerful, it could be used as a basis for a fair settlement.

Medical records can indicate whether the person sought medical treatment after the accident and what type of treatment he or she received. They can also indicate if the person had underlying medical problems before the crash that may have been exacerbated by the accident.

The person may be entitled to receive compensation for lost wages and the loss of the ability to generate money after being injured in a car accident. The lost wages can be taken from current salary records, so the person should show their lawyer payroll stubs. Recent tax returns and other financial documents may also be useful to determine how much the person will or has lost if they missed work or cannot return to work.

This article aims to be useful and informative. But legal issues can be complicated and stressful. A qualified car accident lawyer can address your particular legal needs, explain the law, and represent you in court. Take the first step now and contact our lawyers at 832-481-3427. Get in touch with us immediately so we can evaluate your case for free.  We are available 24 hours a day, 7 days a week. You can also fill out a form by clicking here.

PMR Law is considered one of the Best Law Firms of America, by Rue Ratings.  Several of our attorneys have been given the honor of being named Super Lawyers by Thomson Reuters.   The American Institute of Personal Injury Attorneys has named our attorneys 10 Best in Client Satisfaction.    Speaking of personal injury, Attorney and Practice Magazine awarded our attorneys with Top 10 Personal Injury Attorney distinctions. The National Trial Lawyers, as well as the American Academy of Attorneys, have named two of our attorneys as Top 40 Under 40.  Our attorneys have been recognized as Best Attorneys of America, by Rue Ratings.   PMR Law is a proud member of the Multi-Million Dollar Advocate Forum.