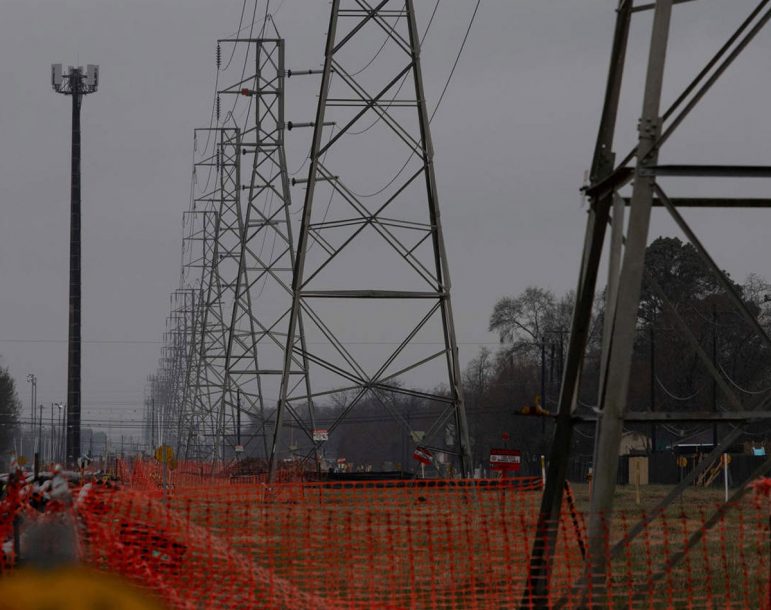 Users are accusing the electricity grid of its lack of preparation for the past snowstorm; they say it could have been anticipated.

Some of the more than 4 million users who lost power to their homes during the storm that hit Texas on February 15th have filed lawsuits against the state’s power grid.

The state experienced some of its coldest temperatures in more than 30 years, some areas reaching -18C on Sunday, February 14th.

These power outages left millions of residents without heat, even causing the death of some people from hypothermia.

Homes in Texas are typically not protected from cold weather, which means that indoor temperatures in homes quickly dropped to zero after heating systems failed.

Frozen pipes also often burst, despite attempts by some homeowners to insulate them from the cold with blankets.

Deaths from this intense storm included car accidents, as well as some people who suffered carbon monoxide poisoning from running cars and generators indoors to keep themselves warm.

One county reported that it had recorded more than 300 suspected cases of carbon monoxide poisoning during the cold snap.

At least four people were killed in a house fire in Houston that authorities said may have been caused by candles.

The cold wave also forced the Covid-19 vaccination centers to close for several days and hampered the delivery of doses.

Thus, the Electrical Reliability Council of Texas (ERCOT) and other companies in charge of energy distribution will have to face multi-million dollar lawsuits for, according to the complaints, their lack of preparation for one of the coldest snowstorms that the state has suffered in modern history.

‘Negligent homicide’ of an 11-year-old boy

The family of Cristian Pavón, an 11-year-old boy from the Texas town of Conroe who died in his room after spending the night without power, sued two of the state’s energy providers, alleging “gross negligence” and “negligent murderer,” according to the complaint.

Family members of the deceased child are now seeking a financial award of up to $ 100 million from ERCOT, which manages the transmission, distribution, and payment of electricity for approximately 90% of Texas and Entergy, an electricity provider.

In statements to local media, Cristian’s family argued that the minor had no health problems before he died and that this was the first time the boy had seen snow since his arrival from Honduras, two years ago.

Intentional blackouts in the storm

Much of the criticism against these companies involves the imposition during the snowstorm of intentionally scheduled blackouts in which the electricity supply was stopped for specific periods.

This situation was also suffered by millions of families throughout Texas, including Cristian Pavón and Donald McCarley, a citizen of Corpus Christi, a coastal city in the southeastern part of the state. According to The Houston Chronicle, McCarley filed another lawsuit against ERCOT for their lack of planning for a storm whose impact, according to the lawsuit, “could have been anticipated.”

Beyond the lawsuits for lack of handling or preparation, hundreds of complaints have also been registered in recent days about the abusive prices of products and services of basic necessity, such as food and lodging.

According to data from the office of Lina Hidalgo, Judge of Harris County, to which Houston belongs, more than 500 people have reported electricity costs that increased exponentially during the days of the snowstorm.

“We have seen evidence of outrageous prices on necessary items like food and water. Either increasing the price of necessities products or an Airbnb advertising with an energy surcharge of 1,000 dollars a night. We cannot imagine anything more inhuman than taking advantage of the people who have suffered in this disaster,” Hidalgo denounced at a press conference at the beginning of March.

Were you injured as a result of the storm? Contact PMR Law Today

If you or a loved one suffered as a result of the power outages in Texas, you may need to take legal action against the negligent party. Through legal means, the victim can receive compensation for pain and suffering, medical expenses, and lost earnings.

At PMR Law, our attorneys have experience handling injury claims in Houston and the surrounding region. We can help you regardless of the type or severity of the injury. Reach out online or by phone to speak with a Houston personal injury attorney.

If you need legal representation for a storm-related accident lawsuit, we are here to help. Get in touch online or by phone to speak with a Texas personal injury attorney. We represent injury victims throughout Texas.

Contact our personal injury lawyers at 832-667-7700. Get in touch with us immediately so we can evaluate your case for free. We are available 24 hours a day, 7 days a week. You can also fill out a form by clicking here.