Blackout in Texas: Systemic failures led to millions of people being without power.

Home Premises Liability Blackout in Texas: Systemic failures led to millions of people being without power. 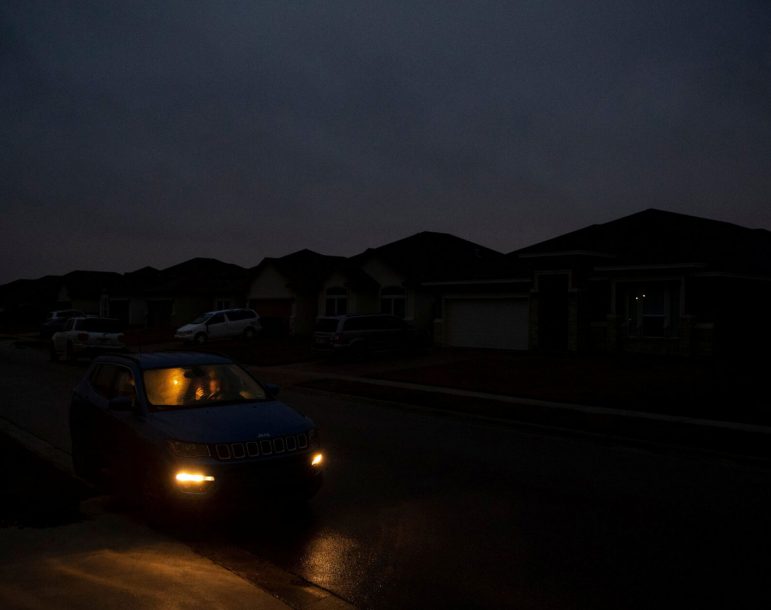 After the freezing storm in Texas, several questions remain…

Was it that the wind turbines, which were naively intended to replace conventional electricity sources, froze?

Was it the fault of fossil fuels?

The answer is that the Texas energy market, one of the largest in the country, had allowed companies to skimp on maintenance and modernization.

As the hours passed and millions of more Texans were left in the dark and frozen, a stark reality took shape.

One of the largest forced blackouts in American history was the result of a systemic and multifaceted failure.

No one from the electricity companies communicated to their customers when power would be restored, and the same scenario may likely happen again in a region of the country that has been heavily affected by climate change.

This appears to be a technical design flaw, the generating plants were not fully waterproofed, and that suppressed their generation capacity.

Those that were able to continue operating had trouble refueling as shale wells froze.

Many wind turbines stopped spinning. Texas, whose power grid is notorious for being isolated from the rest of the country, was unable to ask neighboring states for help.

Most of the blame relies on ERCOT, the Electric Reliability Council of Texas, the entity that manages the flow of electricity to consumers and which claims that it was difficult to prepare for a weather event of this extreme nature.

They claim they were caught off guard, and millions of Texans ended up without electricity. It was a matter of life and death for some.

ERCOT officials were unable to say when power would be restored.

“I know it is frustrating that we cannot give a certain date, but we are in the process of restoring balance to the network,” said Bill Magness, ERCOT CEO, at a news conference during the storm.

Adam Sinn, the owner of Aspire Commodities LLC, a gas and electricity trading company, was among those wondering why so little was being done.

Sinn says that a week before the storm when a seven-day forecast was reached, ERCOT’s projections indicated too little supply to meet growing demand.

“We were analyzing this week and we thought they were going to have to cut 10,000 megawatts of electricity to consumers,” he said.

He adds that there were spare megawatts that were not connected to the grid. For example, Vistra Corp., a large power producer, had 4,000 megawatts disconnected for maintenance work at four plants that could have been quickly activated, he said, citing data from Genscape Inc.

Sinn says ERCOT either failed to order the injection of those megawatts or was told not to, which should have been made public so the public could prepare.

If ERCOT knew what was going to happen, that was not reflected in its communications to Texans.

Over the weekend before the storm, ERCOT’s recommendations on its official Twitter account were only to close the blinds and unplug kitchen appliances that were not being used.

On Tuesday, February 16th, Dan Woodfin, director of ERCOT, said the main factor was the freezing of instruments at natural gas, coal, and nuclear power plants.

He and other ERCOT officials said they believed the power generators had been better prepared for such contingencies.

ERCOT’s authority has its limits, in 2011, the last time an icy wave caused successive blackouts, ERCOT issued recommendations for power generators but could not require the public to comply, says Adrian Shelley, director of the Texas office of Public Citizen, an activist organization.

Federal regulatory agencies also issued a 357-page report recommending generators to winterize their equipment, with measures such as coating their pipes.

“There is no financial incentive to strengthen that infrastructure,” he added. “From the perspective of a power company, the only incentive is to bring energy to market at the lowest possible cost”.

Electricity prices soared over several days to the official peak in Texas, up to $9,000 per megawatt-hour.

Although some blamed the wind segment, the wind farm shut down as of Tuesday morning was equivalent to 3.6 to 4.5 gigawatts, or less than 13% of the total blackout from 30 to 35 gigawatts, said ERCOT’s Woodfin.

35% of the electricity produced in January was generated by gas, but if the gas can’t get out of the ground, or if building codes are so bad that the houses are not properly clad, it may not be entirely ERCOT’s fault.

A combination of improvements and expansions nationwide at a cost of billions of dollars over several decades are needed. About 10% of that amount would have to be invested in Texas.

It’s a lot of money, which is why so little was done after the last time the Texas power grid was subjected to a severe cold test a decade ago.

So far, Texas has lacked the long-term planning processes that other parts of the country employ.

For example, in the east, power grid operators manage capacity markets that serve as insurance policies. Power companies are paid to ensure their product is available on the most extreme hot or cold days, and if they fail to do so, they are harshly penalized.

Instead, Texas has left it to the industry and prevailing prices, these conditions of non-regulation and competitiveness often exacerbate price escalations.

They take great risks to attract new customers by offering them very low prices and allowing unlimited consumption on weekends. But when the wholesale market backfires, these companies are left stranded.

Also, the state refuses to connect its electricity grid to that of its neighbors, in part for fear that it will fall under federal supervision and regulation.

But Texas’ politicians are realizing that independence has its downsides.

Were you injured as a result of the storm? Contact PMR Law Today

If you or a loved one suffered as a result of the power outages in Texas, you may need to take legal action against the negligent party. Through legal means, the victim can receive compensation for pain and suffering, medical expenses, and lost earnings.

At PMR Law, our attorneys have experience handling injury claims in Houston and the surrounding region. We can help you regardless of the type or severity of the injury. Reach out online or by phone to speak with a Houston personal injury attorney.

If you need legal representation for a storm-related accident lawsuit, we are here to help. Get in touch online or by phone to speak with a Texas personal injury attorney. We represent injury victims throughout Texas.

Contact our auto burn injury lawyers at 832-667-7700. Get in touch with us immediately so we can evaluate your case for free. We are available 24 hours a day, 7 days a week. You can also fill out a form by clicking here.