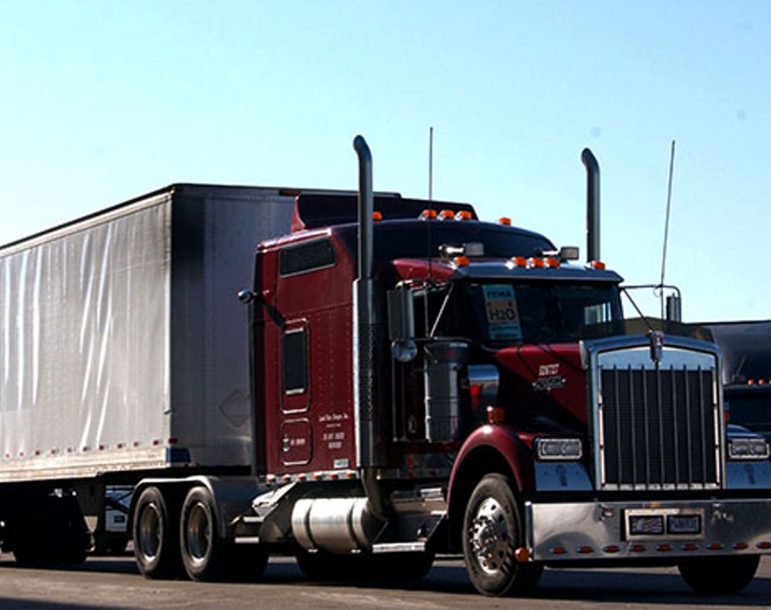 A new measure by the United States Department of Transportation (DOT) has prompted all heavy truck drivers traveling through the country to use an Electronic Logging Device (ELD), which will collect driving data.

As of December 2017, ELDs became mandatory for all trucks that travel in the United States on routes that exceed 100 miles. The purpose of the regulations that require the use of ELDs is to have an immediate record of the activity of a truck including the hours during which the driver has worked and the speed at which the truck was moving in order to monitor compliance of the regulations governing the transportation of goods through the country’s public roads.

This new measure is applied to commercial trucks and buses that drive in the United States, including those that cross the border with Mexico and Canada. It aims to reduce accidents and improve road safety.

This mandate affects more than 3 million truck drivers nationwide in the United States. ELDs automatically record the time driven. the location of the truck, how long the engine was on and the distance traveled.

According to an estimate by the Federal Motor Carrier Safety Administration (FMCSA), this mandate aims to prevent the death of at least 26 people and avoid 562 injured victims annually.

This new rule allows the use of smart cell phones, tablets and other wireless devices such as ELDs, provided they comply with the technical specifications, are certified and are on the lists of devices approved by FMCSA on its website. This mandate includes provisions that protect drivers from abuse by employers, who try to intimidate or pressure their truck drivers to violate federal safety rules. FMCSA has the authority to take actions to punish carriers, brokers, receivers, and intermediaries for the transport of people or merchandise.

The fleets of trucks had the opportunity until the month of December last year to equip their fleets with ELDs, so the authorities would then be able to begin registering violations in road inspections, and the authorities will even have the power to issue citations to the vehicles that drive without ELD. However, it was not until April 1, 2018, when the authorities began to remove the trucks that drive without the device. Those vehicles equipped with automatic onboard registration devices (AOBRD), an optional device prior to ELDs, may continue using them until December 16, 2019.

The only freight vehicles that will be exempt from the use of ELDs are trucks that transport livestock and agricultural products, for which the implementation of the regulation was deferred for 90 days.

Issues caused by the ELD regulation.

The arrival of ELDs has been preceded and received by protests by truckers throughout the nation. Many of them see the implementation of the use of ELDs as a threat to their ability to make a living.

The proponents of ELDs argue that the regulation will prevent truckers from extending their work hours, and allow truckers to avoid fatigue, which naturally reduces the risk of accidents. On the other side, truckers protest the inflexibility of a system they see as a reducer of their income. The truckers who also own their trucks say that  ELDs increase their operating costs and put them at a disadvantage in relation to the large truck fleets but most importantly, ELDs have created a major issue with drivers racing to beat the clock. This is because truckers cannot work more than 14 hours a day, 11 of which are the maximum allowed behind the wheel. The regulations state that once ELD has been on for 14 continuous hours, the truck should stop no matter how hazardous an area. Although the purpose of ELDs is also to replace paper records and avoid their alteration or forgery, many truckers say that the use of the device is a violation of privacy.

Most of the American trucking companies are against this measure and do not support the United States law that requires a truck driver to drive no more than 11 hours in a period of 14 hours, followed by taking a break of 10 hours, and not accumulate more than 60 hours of service in a period of 7 days.

Some drivers argue that the US government intends to collect heavy transport driving data, which violates their privacy.

Some others even compare ELDs with the use of an ankle bracelet on the leg of those who are on parole and complain about the fact that the cost of the device in some cases is up to one thousand dollars.

According to the DOT, the implementation of ELDs has increased the shortage of truck drivers in the country mainly because it reduces the ability of drivers to earn money. And if we combine ELDs with congestion and long wait times in most ports and rail terminals, we have the perfect recipe for cooking a logistics disaster.

Statistics show that truck drivers want to be on the road. They want to drive and earn money on the mileage they cover. Sitting around waiting in a line at the port does not pay the bills. With ELD regulations, the time drivers spend waiting in a queue impairs driving time.

Drivers are becoming more reckless than ever trying to make it to their destination before their scheduled breaks and/or allowed work hours.  Truckers who charge per mile traveled and not for time, say that ELDs will make them work for free when they are stopped recharging fuel, receiving loads or simply in heavy traffic since that is time they can not recover during the workday, so they have to compensate by driving faster to earn more miles during the same time period. It is too early to say, but we predict that road conditions will be more dangerous and vehicle accidents caused by racing truck drivers will rise as a result.

The final rule on ELDs can be found on the FMCSA website, or You can also click here to get information about frequently asked questions and training.

If you were injured in an accident with a large truck or another commercial vehicle, it is important that you understand your legal rights. Even if you were partially at fault, you may still be entitled to compensation for your injuries. At the offices of P&M Law, we are here to help you by calling 832-844-6428.