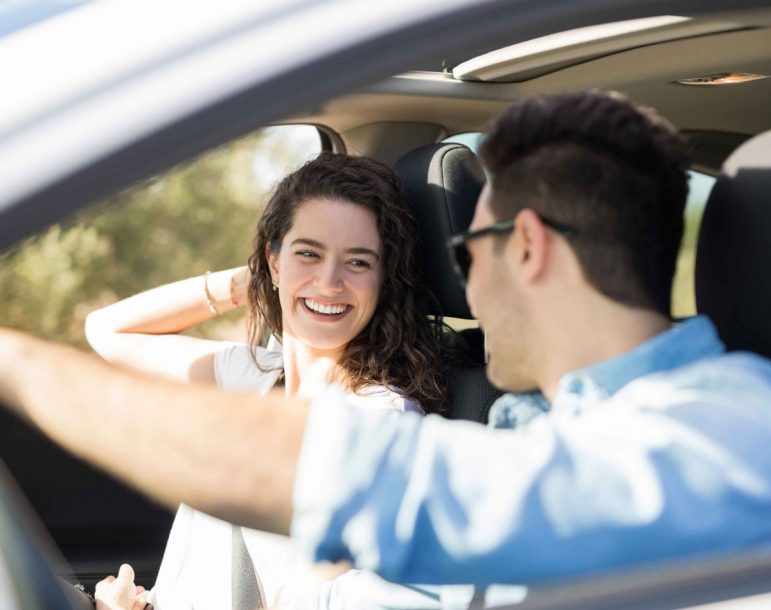 In the United States, despite a ban in many states, more than half of drivers admit that they use their mobile phone at least part of the time while driving, according to a report published by the National Highway Traffic Safety Administration (NHTSA).

Using WhatsApp, taking selfies at the wheel or uploading content to social networks while driving is a dangerous habit that is increasingly becoming widespread. Mobile phones have come into our lives and also into our vehicles with disastrous consequences: its use causes around 26% of traffic accidents in the U.S annually.

According to a report by the AAA Foundation for Traffic Safety, when people send messages while driving, they experience three types of distractions that multiply the chances of being involved in an accident: the visual (when reading the screen), the cognitive (when writing the message), and the manual (when typing).

In recent years, there has been a notable increase in accidents due to mobile phone use, but very few people accept it. Many drivers do not normally recognize the dangers of driving while intoxicated much less than their phones distract them.

It is alarming that 25% of young drivers, between 18 and 24 years old, admit that they have taken a selfie while driving according to the latest report from the AAA.

This practice is as dangerous as driving under the influence and occurs more often on weekends, and during holidays, in a widespread desire to share activities on social networks and with friends.

Taking a selfie distracts a driver for an average of 14 seconds, and checking social networks increases the distraction to 20 seconds, according to a Ford study conducted among 7,000 smartphone users, across the U.S., between the ages of 18 to 24. This is enough time for a vehicle moving at 60 miles per hour to drive a distance equivalent to five football fields.

On September 1, 2017, a state law took effect making it illegal for drivers to read, write, or send a text while driving. Law enforcement agents look for drivers with their heads down, distracted by their cell phones.

The use of mobile phones is the most frequent distraction from Texas drivers.

Sending or receiving a text message causes drivers to take their attention off the road for an average time span of 4.6 seconds.

According to the Insurance Institute for Highway Safety (IIHS), drivers who use a mobile phone are four times more likely to cause an accident resulting in a serious injury.

While the use of mobile phones is the most recognizable driving distraction, any type of behavior that draws the attention of a motorist away from driving is dangerous.

The Texas Department of Transportation urges drivers to refrain from:

For example, if you’re texting and run a red light, you will be issued a ticket for the red light, as well as being cited for the infraction of sending text messages.

The fine for first-time offenders is up to $99, and repeat offenders could be fined up to a maximum $200. If the result is an accident causing serious harm or death, the driver can be charged with a Class A misdemeanor that could result in jail time for up to 1 year and a fine up to $4,000. This is in addition to receiving citations for other infractions during the same incident and court costs.

What can be done

It is important that driving safety is the top priority for Texas drivers. This means eliminating as many distractions as possible, including texting or talking on the phone. While it is not illegal for civil motorists to talk on the phone while driving, be sure to do so safely before picking up the phone. Wait until you are at a stop to make a call or let it ring and return the call if necessary. If possible, invest in a hands-free device to make your mobile phone use safer while driving.

If you are injured in a car accident, do not hesitate to contact the team of car accident attorneys at P&M Law. We have the experience to handle your case and help you receive the compensation you deserve. Please contact our personal injury attorneys at P&M Law where our team of experienced attorneys will fight to get you the compensation you deserve. Please contact us at 832-844-6428 or text our attorneys directly at 832-438-3012.