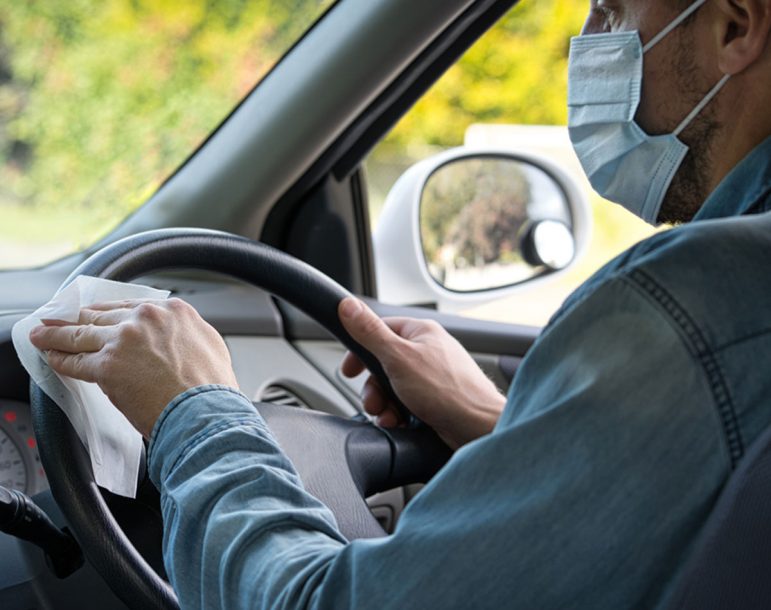 As defined in a temporary extension issued by the Federal Motor Carrier Safety Administration, (FMSCA), fleets may waive pre-employment drug testing for those drivers who participated in a controlled substance testing program that meets the requirements of Code 49 (CFR) part 382.

This extension, effective June 5 through September 30, extends the period under which drivers would qualify for the pre-employment test exception by 90 days instead of 30 days under current regulations.

According to the Federal Highway Transportation Safety Administration, this extension aims to “provide relief from the administrative burdens and costs associated with test administration and enable them to return drivers to the workforce in a more efficient manner”.

The agency stated: “As employers begin to recover the work of drivers who have been suspended, fired, or who have not worked for the company for more than 30 days, the cost and logistical barriers of testing a large influx of drivers in a short period are significant, especially during a time in which the commercial truck industry faces unprecedented economic challenges. ”

The agency added, “This problem is further exacerbated by the reduced availability of controlled substance testing resources due to the continued closure of facilities or other testing impediments caused by the COVID-19 public health emergency.”

The official statement on the extension can be viewed here: https://www.fmcsa.dot.gov/emergency/three-month-waiver-response-economic-consequences-covid-19-public-health-emergency

Below is some alarming data that makes the lack of drug-testing a serious problem for drivers in U.S. roads:

1. Truck drivers are engaging in the use of amphetamines, cocaine, marijuana, and alcohol in frightening numbers.

According to the National Institute on Drug Abuse (NIDA), long working hours, lack of sleep, and tiredness are some of the factors that lead truckers to consume drugs.

Amphetamines are the most common drug among truck drivers in the U.S according to the Centers for Disease Control and Prevention (CDC).  Truck drivers consume amphetamines mainly because one of their side effects is inhibiting sleep and tiredness.

They are strong energy boosters and are regularly consumed by truck drivers over coffee or energy drinks, which could allow drivers to feel like capable of driving up to 24 hours non-stop.

NIDA points out that truck drivers in the U.S. prefer amphetamine stimulants because they help them withstand workloads, especially at night.

Consumption of these stimulants can have health consequences, such as psychotic reactions, anxiety, and insomnia. In addition to pseudo hallucinations and perceptual disturbances, such as increased sensitivity to light and blurred vision.

Drivers also consume energy drinks that have the same effect as amphetamines, which causes a serious health risk. The study indicates that cocaine and crystal meth are drugs that are also consumed by truck drivers but to a lesser extent.

The National Highway Transportation Safety Administration records vehicular accidents on US roads and provides statistical information on injuries and deaths. The administration’s most recent survey revealed alarming figures on truck accidents across the country. They showed that:

Large trucks such as 18-wheeler trucks and heavier trucks such as FedEx or UPS hurt more than 20,000 people nationwide in 2019, an increase of 18 percent compared to the average of the previous three years.

Light trucks cause a large number of injuries – These trucks caused more than 733,000 injuries across the country last year alone. Truck accidents involving large trucks also took the lives of more than 3,600 people in 2019, an increase of almost 9 percent over the previous year.

The vast majority of these fatal accidents are caused by a simple driver error. A federal study revealed that 87 percent of large truck accidents were a result of driver error, such as making poor decisions or caused by fatigue and inattention.

A driver who commits a critical error, resulting in injury to another person, is often responsible for medical expenses and loss of income of the victim during lost work time.

3. Trucking companies are under pressure

Despite the professional training and driving lessons, drivers still make mistakes. They have to operate the truck, find the correct delivery point, and meet strict deadlines. They are under a lot of pressure to keep up with the high demand for on-time delivery.

Common causes of truck accidents by percentage (by FMCSA).

-More than a quarter of truck drivers involved in an accident were found to have traces of drugs or alcohol in their system. While federal regulations require truck drivers to be randomly tested for drugs, the test is not administered with enough frequency and the current drug-testing system can be fairly easily gamed.

-13% of accidents were caused, at least in part, by driver fatigue. Federal regulators have suspended recent regulations restricting the number of hours a truck driver can work in a week. The regulations were originally designed to help reduce driver fatigue.

-Nearly a quarter of all accidents involved a speeding truck. As truck drivers rush to meet tight deadlines, it comes as no surprise that many of them drive at speeds above the set limit.

-Prescription and over-the-counter medications were involved in 18% of accidents.

-While distracted driving was only found to cause 8% of accidents at the time of the FMCSA study, that number has been growing in recent years as smartphones and other technology devices provide unnecessary distractions inside the truck.

-Driving recklessly, such as not keeping a proper distance between other cars on the road, was responsible for 7% of truck accidents.

Injured in an accident with a Truck?

If you were injured in an accident with a truck or other commercial vehicle, you must understand your legal rights.

An attorney who has experience with truck accident claims will be able to consult with you about your legal rights and open an investigation into the full cause of the accident to help determine the true liability. Get in touch with us so we can evaluate your case for free; call PMR Law at 832-667-7700 and a member of our team will get in touch with you immediately.