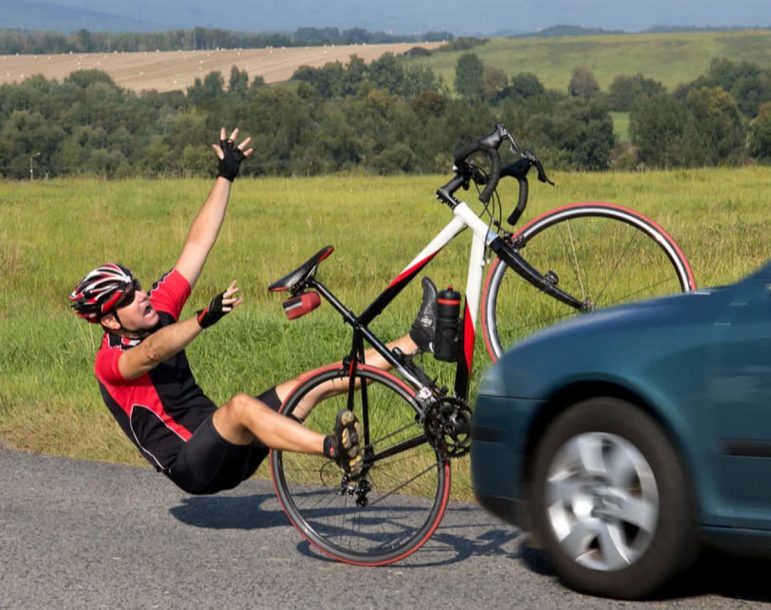 Many Houston residents, like you, depend on a bicycle to go to work every day.

Those people riding a bicycle has increased year over year.   This is because it provides a healthy way of life, protects the environment and is economical. However, some areas in Houston are not suitable places to be involved in this activity due to unsafe road conditions.

The problem with Houston roads is that they are increasingly congested.    Bicycle lanes often interfere with the flow of traffic, putting the cyclist in danger, and in some cases there is no such lane, so cyclists have to share the roads with other vehicles, resulting in an increase in bicycle accidents.

Most of these accidents are caused by drivers who simply do not see cyclists.   Since bicycle riders do not have enough protection, their exposure to severe injuries increases tremendously.

At PMR Law, we have a  history of representing victims of bicycle accidents. We know how difficult the recovery process can be after an accident, physically, financially and emotionally.

In the United States, there are between 73 and 85 million cyclists, of whom 44 million are children.

According to a report by the National Highway Traffic Safety Administration (NHTSA), 50,000 people were injured in bicycle accidents and 745 people died in 2018.

There is a bicycle accident every ten minutes in the United States.

Cyclists are at great risk of serious injury when involved in an accident. Without adequate protection, such as a helmet, and taking into account the structure of a car, the slightest hit can send a cyclist flying at high speeds.

When there is a collision between a bicycle and a car, the cyclist will be the one who gets the worst injuries. Due to the sensitive and vulnerable nature of cyclists, motorists have a duty to exercise care and caution when sharing the road with a cyclist.

Some of the most common causes of bicycle accidents include:

-A Driver who does not give way at the intersection

-A driver who leaves a driveway or alley without looking

Bicycle accidents do not always involve a motor vehicle. Because cyclists can drive at considerable speeds and their bicycles are very light in weight, the slightest obstacle can cause loss of control and accidents. Being attacked by a dog, forced out of the bike lane by another cyclist or even trying to avoid running over pedestrians, can lead a cyclist to suffer an accident.

No matter the cause of the accident, bicycle accidents often involve very serious injuries. This is due to the fact that, apart from a helmet, the cyclist does not have the protective equipment and is not protected in the same capacity as a motorist.

After suffering an accident a cyclist can suffer injuries such as:

These are just some of the damages that a cyclist can suffer if hit while riding a bicycle.You should also be aware that many of these injuries may have repercussions over time and can seriously affect your quality of life.

Even though the law in Texas does not require adult cyclists to wear helmets – it is better to wear one! A helmet will give you extra protection, but may not eliminate the risk of suffering  a head injury.

Ride with the assumption that drivers do not see you. No matter how safe you are as a bicyclist and understanding your bike and your pathway, you are still vulnerable to being hit, as you have no control over inattentive and/or negligent motorists.

After a bicycle accident, look at the accident site for the location of surveillance cameras that may have captured the accident (Time is of vital importance – surveillance images are commonly recorded and saved only for a few days and then deleted).

What if you are partially responsible for the bicycle accident?

It is possible to file a lawsuit for injuries against a motorist even if you were partially responsible for the accident.

When you are partially at fault in the accident the term “comparative negligence” is used, this means that you will be assigned a percentage of blame (otherwise known as “culpability”) for the accident.  The other party’sinsurance company  will try to use the term “comparative negligence” against you in order to reduce the settlement amount in order to reach an agreement. For example, if you are assigned a 50% culpability, the settlement you will be offered will be reduced by half.

Our lawyers will assess your case even if you were partially guilty of the accident.

One of the first questions we ask our bicycle accident clients is: Do you have Uninsured Motorist coverage?

For example, if while riding your bicycle, you are hit by a driver who does not have auto insurance or insufficient auto insurance to cover your injuries, you have the right to a claim through your own Uninsured Motorist Coverage policy.

This coverage is valid while you ride a bicycle and are hit by a car. If you regularly use your bicycle, we encourage you to obtain uninsured motorist coverage of at least  $250,000 per person.

How to know if you need a bicycle accident lawyer?

If you have been involved in an accident while riding a bicycle, you may need the services of an experienced bicycle accident lawyer.

Being involved in an accident while riding a bicycle can result in serious injuries, and the more serious they are, the higher the medical bills will be.

Also consider that as a result of bicycle accident injuries, your daily routine can be adversely affected especially if you live a healthy lifestyle.

If you have suffered serious injuries as a result of a bicycle accident, you need to be represented by one of the top bicycle accident lawyers in Houston. Contact our lawyers at 832-481-3427, who are available 24 hours a day, 7 days a week. You can also fill out a form by clicking here. PMR Law is considered one of the Best Law Firms of America, by Rue Ratings.  Several of our attorneys have been given the honor of being named Super Lawyers by Thomson Reuters.   The American Institute of Personal Injury Attorneys has named our attorneys 10 Best in Client Satisfaction.    Speaking of personal injury, Attorney and Practice Magazine awarded our attorneys with Top 10 Personal Injury Attorney distinctions. The National Trial Lawyers, as well as the American Academy of Attorneys, have named two of our attorneys as Top 40 Under 40.  Our attorneys have been recognized as Best Attorneys of America, by Rue Ratings.   PMR Law is a proud member of the Multi-Million Dollar Advocate Forum.