An Investigation Questions the Reliability of AmazonBasics™ Products 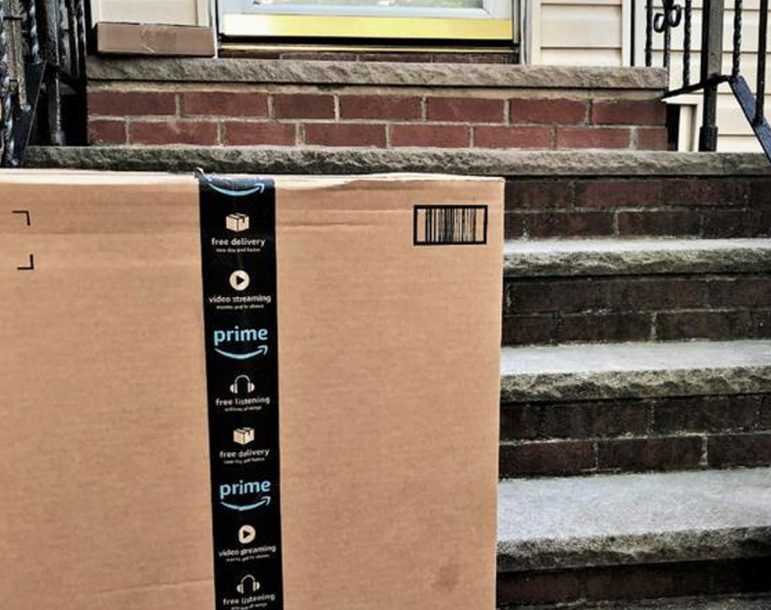 If you are one of the people who buy online, you probably have something from Amazon at home and more specifically, from the more of 5,000 AmazonBasics™ products.

But what if they explode, melt, or even catch on fire?

Buyers of AmazonBasics™ products have revealed that some of them exploded, melted, and even caught on fire.

An investigation released by CNN[1] revealed that currently, 30 products from a list labeled as “dangerous” remain available on Amazon.com; many others were removed after CNN reported these items as defective.

A microwave that explodes when turned on, a USB cable that can catch fire, or paper shredders that ignite themselves, are some of the damaged products that are still on sale at Amazon.com.

Since 2016, numerous reviews on its website have highlighted the danger of some of these products.

At least 70 of AmazonBasics™ products have experienced these types of problems in the United States, with more than 1,500 complaints related to products exploding, catching on fire, producing smoke, melting, causing electrical malfunctions, or otherwise posing safety risks. However, a big percentage of them are still being sold on Amazon.com.

AmazonBasics™, a proprietary production line launched in 2009, manufactures everyday items such as appliances, office and home accessories, often similar to top sellers by other brands.

Their philosophy is simple: maintain quality but sell at a much lower price; at least in theory.

In recent months, sales of many of these products, which even reached ratings of more than 4 stars, have soared due to the coronavirus pandemic.

At the moment, Amazon has ruled only on 8 of these products, stating that they had been tested. However, Amazon assured the public that these 8 products met and even exceeded all safety standards.

Still, one of them was a microwave that ended up catching on fire, according to a customer who purchased the product through the official Amazon website.

CNN decided to review these products, so it sent researchers to the fault analysis lab at the University of Maryland’s Center for Advanced Life Cycle Engineering (CALCE).

As soon as the microwave oven in question was turned on, the appliance began to produce sparks and smoke, most probably because the design of the panel that covered the device was not in optimal condition. This situation may cause accumulated food or grease to be left behind and increases the risk of a fire.

More than 150 reviews of the AmazonBasics™ microwave oven exposed safety concerns, including flames and smoke.

“There is a risk when using this appliance; it is a safety risk because the product heated up to the point where it could cause a fire,” said CALCE founder and engineering professor Michael Pecht. “This is more than a reliability issue; it is a potential security issue.”

The microwave oven in question was launched in the fall of 2018 and has been one of the website’s best sellers ever since, with over 3,000 reviews, of which 5% are negative.

Amazon attributes these negative reviews to the fact that top-seller products are more likely to receive a higher number of reviews, and some of them may be negative.

But the microwave oven is not the only dangerous product on the list, there are others such as a USB cable that burst into flames inside a parked car with a child inside, paper shredders that lit up by themselves and exploded, or a surge protector that turned into a blowtorch.

AmazonBasics™: Made in Asia

If you thought that most of the Amazon products in this category came from the United States, you are very wrong. Only 10% of its suppliers come from the U.S, while the rest are manufactured in Asia, and more specifically in China, according to CNN’s research.

AmazonBasics puts its items up for sale in two ways, according to former company manager Rachel Greer, who left the company in 2015:

1.By going directly to manufacturers to produce it according to their standards, and

2.By working closely together with them after finding an existing product and hiring a third-party company to produce it.

Also, Greer adds that in the second case, Amazon is less involved in quality and safety tests, since it has less knowledge regarding the manufacturing process.

“When you’re in charge of compliance with something that is Amazon-branded, it shouldn’t be something to be trifled with,” says Greer.

“When you outsource production, there are many things that can go wrong,” Greer tells CNN, who assures that before leaving the company, other product managers were pushing for the items to go to market too quickly.

However, the e-commerce giant denies this and emphasizes that it does verify security standards regardless of the business model.

Besides, Amazon added that a series of steps are taken to verify their safety, such as selecting experienced manufacturers, monitoring customer feedback, and testing items to ensure they pass safety and compliance standards both before and after they become available to the public.

At PMR Law, our attorneys have experience handling cases involving injuries caused by defective products in Houston and the surrounding region. We can help you regardless of the type or severity of the injury. Reach out online or by phone to speak with a Houston defective product attorney.

If you need legal representation for injuries caused by a defective product, we are here to help. Get in touch online or by phone to speak with a Texas personal injury attorney. We represent injury victims throughout Texas.

Contact our defective product injury lawyers at 832-667-7700. Get in touch with us immediately so we can evaluate your case for free. We are available 24 hours a day, 7 days a week. You can also fill out a form by clicking here.