Tesla driverless cars: What was the “immediate cause” of the fatal accident in The Woodlands?

Home Motor Vehicle Accidents Tesla driverless cars: What was the "immediate cause" of the fatal accident in The Woodlands? 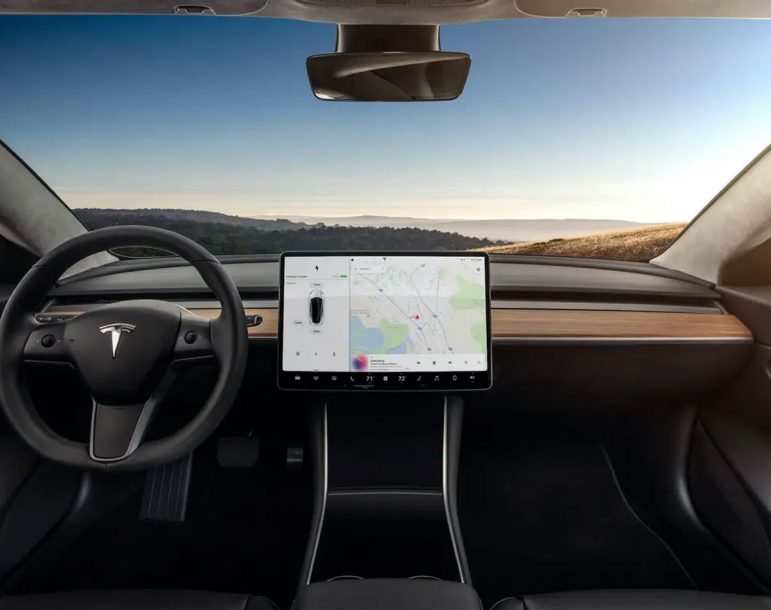 The preliminary findings from the investigation revealed that the immediate cause of the Tesla driverless car accident in the Woodlands on April 16th, 2021 was due to the vehicle’s driver being distracted.  However, Tesla’s lack of a safety culture also contributed to the accident.

This is one of the conclusions currently being evaluated by the National Transportation Safety Board (NTSB), which is currently investigating the fatal accident. The NTSB has recreated the trajectory of Tesla’s vehicle in the accident and other pertinent information as part of their investigation.

That day, Will Varnett and Everette Talbot, 59 and 69, respectively, were killed when Will’s autonomous Tesla car was traveling at high speed near Houston when it failed to negotiate a curve and went off the road, crashing into a tree and bursting into flames.

Witness statements have mentioned that Will Varnett wanted to go on a drive to show his friend how the vehicle could drive itself.

The NTSB has repeatedly communicated that the rules governing companies’ autonomous driving technology are poor or in some cases, non-existent.  These findings are the result of nearly two-year research.

In a hearing to discuss the findings, the NTSB urged national regulators to create a more comprehensive review process before autonomous driving technology could be used on public roads.

In its experiments with autonomous cars, Tesla arranges for a human driver to pay attention at all times so that he can take control in difficult situations or when the vehicle encounters a situation that it does not know how to handle.

The NTSB determined that the immediate cause of the collision was the failure of Tesla’s driver to closely monitor the road. “If the operator of the vehicle had been vigilant, he probably would have had enough time to detect and react to the curb, to avoid the collision or mitigate the impact,” the NTSB ruled.

The NTSB also said that Tesla had an “inadequate safety culture, exhibited by a lack of risk assessment mechanisms, oversight of vehicle operators and experienced safety management personnel.”

“The collision was the latest link in a long chain of actions and decisions made by an organization that unfortunately did not make safety the top priority,” NTSB President Robert Sumwalt said. “Safety starts at the top.”

The NTSB claims that Tesla did not address “operator complacency in automation” disabling automatic emergency braking systems in the vehicle, relying instead on the backup driver.

Texas Police said the accident had been “completely avoidable” and are still investigating it.

Autonomous vehicles are not as effective as they only avoid a third of accidents.

According to The Insurance Institute for Highway Safety (IIHS), autonomous vehicles can only avoid a third of road accidents, which are the product of human error.

This report does not coincide with the forecasts on this technology, in which it is presumed that car accidents could one day be a thing of the past.

While fully autonomous cars identify hazards better than people, this alone would not prevent most crashes. For this technology to be fully effective, it would have to be specifically programmed to prioritize safety over speed and convenience.

To estimate how many accidents could continue to occur if self-driving cars are designed to make the same risk decisions as humans, IIHS researchers examined more than 5,000 reported accidents in the United States.

After reviewing the cases, the IIHS divided them into five categories:

1.”Detection and perception” errors included things like driver distraction, impaired visibility, and not recognizing hazards before it was too late.

2.”Prediction” errors occurred when drivers misjudged a gap in traffic, misjudged how fast another vehicle was going or made an incorrect assumption about what another road user was going to do.

3.”Planning and decision” errors included driving too fast or too slow for road conditions, driving aggressively, or leaving too little following distance of the vehicle ahead.

5.”Incapacitation” implied disability due to alcohol or drug use, medical problems, or falling asleep at the wheel.

Investigators also determined that some crashes were unavoidable, such as those caused by a vehicle failure, such as a blown tire or a broken axle.

Although autonomous vehicles can prevent accidents caused by driver errors or incapacitation, they only prevent 24 percent and 10 percent of these types of accidents, respectively; Researchers concluded that autonomous vehicles would only be able to avoid a third of the accidents that occur in these situations.

For their part, the remaining two-thirds of accidents could still occur unless autonomous vehicles are also specifically programmed to avoid other types of prediction, decision-making, and performance errors.

To achieve a zero-accident rate, all vehicles on the road should be autonomous and equipped with perfectly functioning sensors and fault-free systems.

Ultimately, the traditional approach to automatic liability will have to give way to greater coverage of product-related liability or some type of a blended coverage. The question that remains about coverage of autonomous vehicles is who is at fault in the event of a collision. If the vehicle is under the control of the driver, personal automobile coverage will apply. But if an autonomous technology is used, the responsibility may need to be transferred to the liability coverage for the manufacturer.

For highly autonomous vehicles there will be a strong argument that drivers cannot be at fault and that any collision that occurs is the result of product failure. A limiting factor in the speed with which insurers will adopt this position is the lack of significant regulations and data of claims for incidents related to autonomous vehicles.

Besides, access to the massive amounts of data collected by vehicles, which can help determine conditions during collisions, is a point of contention for insurers. Original equipment manufacturers and insurers will need to find common ground to use the data to create blended insurance policies and ensure that liability can be defined fairly and adequately while protecting the personal information of vehicle owners.

Society is moving from driving individually owned cars to driving autonomous vehicles. For that future to become a reality, the auto and insurance industries must be ready and willing to change the way they forecast risk.

For an insurance regulation to evolve, it is necessary to have favorable legislation that allows both the carrying out of tests with autonomous vehicles while ensuring the safety of drivers and pedestrians.

If you or a loved one has been the victim of an accident with an autonomous or self-driving car you need to find out your rights. Please contact our personal injury attorneys at PMR Law where our team of experienced attorneys will fight to get you the compensation you deserve. Please contact us at 832-667-7700 or text our attorneys directly at 832-438-3012.