Since receiving his law license in Houston, Andrew has litigated on behalf of injured Plaintiffs around the country. Much of his career has been spent litigating over defective medical devices and dangerous pharmaceutical drugs, including Risperdal, metal-on-metal hip implants, Xarelto blood thinners, transvaginal mesh devices, hernia mesh patches, and others. He also fights to keep the roads safe of dangerous 18-wheeler drivers and other motorists, and in 2019, was part of a trial team to secure a $5.5 million settlement on behalf of an injured driver who was rear-ended by a driver for a top-ten motor carrier in the US.

In addition, Andrew is the elected vice-president of the Houston Spartans, the Houston Alumni chapter of Michigan State University, and works with them to coordinate community outreach and service projects, including cleaning up Galveston beaches and working with an animal shelter to spay and neuter dogs and cats for the community. Andrew also enjoys fitness, travel, salsa dancing, video games, and spending time with family and friends. 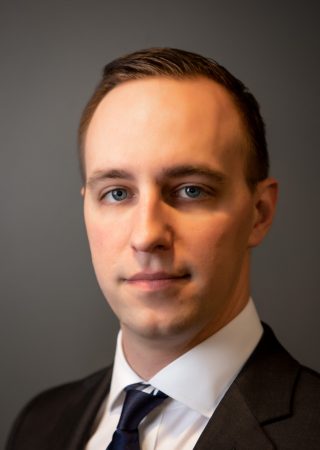