A new study reveals the pandemic caused an increase in African American fatalities in auto accidents. 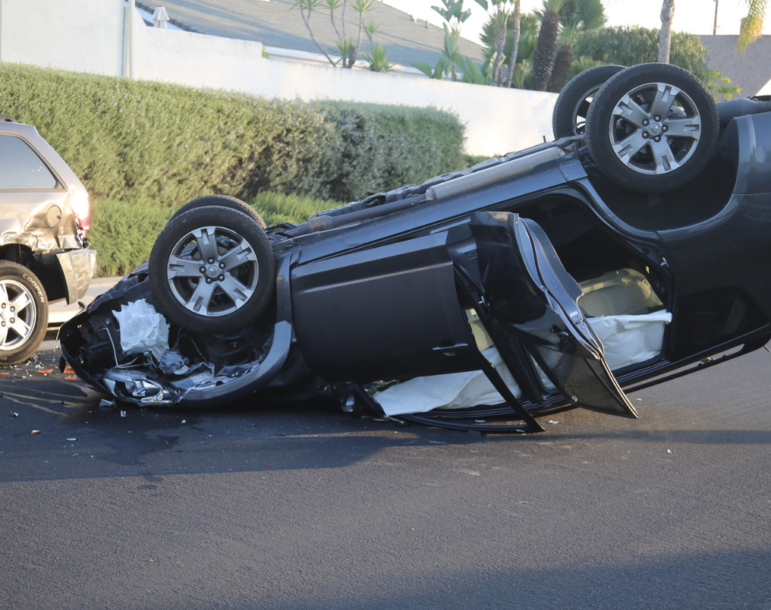 Deaths from traffic accidents soared in 2020 despite Americans driving less due to the pandemic. African Americans suffered a disproportionate share of the increase in deaths during this year.

The National Highway Traffic Safety Administration (NHTSA) estimated in June 2021, that 38,680 people died in motor vehicle crashes in 2020, the highest projected number of deaths since 2007, despite a 13.2% decrease in miles driven since the previous year. When broken down according to race, white American automobile deaths increased 4%, Native American deaths increased 11%, and Asian and Pacific Islander deaths decreased 29%.

Increase in deaths in African Americans

However, the NHTSA found the largest increase in deaths (23%) among African Americans, in what appears to be a prime example of which populations could and could not afford to stay home during the pandemic.

African American car accident-related deaths had already risen in recent years, increasing 16% from 2005 to 2019, according to NHTSA data. In the same time period, white American deaths caused by auto accidents fell by 27.8%.

Why did car accidents increase?

Advocates for road safety said the 2020 increases are concerning, but not surprising, and said that with fewer cars on the roads, people drove faster, making the roads less safe for drivers, passengers, pedestrians, and cyclists. The areas where people live, and work were likely contributing factors to the death.

“Same story, different day. That’s unfortunate” was how Charles Brown, who heads the urban planning and policy firm Equitable Cities, described his initial reaction to the 2020 fatality data and a 23% increase in African American deaths.

“This tells me who had to travel and who could work from home,” said Eulois Cleckley, executive director of the U.S. Department of Transportation. “We have a lot of work to do to fix our infrastructure and make it much more secure,” he added.

About 50 percent of Houston’s serious injuries and fatalities are happening on 5 percent of the roadways, and the deadliest highways are overwhelmingly in mostly minority and low-income areas.

The pandemic was the trigger for this problem

Cleckley and other transportation experts said the pandemic worsened long-standing inequalities and made them more apparent. African Americans have historically endured the brunt of transportation-related shocks, according to Alex Karner, a professor at the University of Texas-Austin who researches the environmental and health effects of transportation.

Angie Schmitt, a transportation consultant, and the author of “Right of Way,” a book on pedestrian fatalities in the United States, said she was disappointed to not yet see Transportation Secretary Pete Buttigieg comment on the 2020 deaths or the racial disparity.

“We need to have a real wake-up call in America,” Schmitt said. “This is a good time for leaders to re-commit to safety. What we are doing is not working very well”.

Road safety as a top priority

Following an investigation into Buttigieg’s apparent silence on the new data, an NHTSA spokesperson provided a statement from Buttigieg calling safety a top priority.

“Last year’s traffic fatality rates and the racial disparities reflected in them are unacceptable. This reflects broader patterns of inequality in our country and underscores the urgent work we must undertake as a nation to make our roads safer for all Americans,” Buttigieg said in the statement.

Even before the 2020 data, Buttigieg had spoken about racial disparities in pedestrian safety, highlighting research that found it is much more dangerous for African Americans, Native Americans, and Alaska Natives to be pedestrians. From 2010 to 2019, drivers killed African American people at a rate 82% higher than non-Hispanic white Americans, according to the transportation organization Smart Growth America.

Several local transportation leaders said they are seeing promising steps at the federal level. Keith Benjamin, director of the Charleston, South Carolina department of traffic and transportation shared that he was excited that Buttigieg changed the criteria for grants this year to include racial equity and resilience to climate change.

He added that there are many simple and easy solutions that can be done locally to improve security.

The United States is the only industrialized country with worsening road safety, according to Alex Engel, a spokesman for the National Association of City Transportation Officials. The United States, for example, has twice as many traffic fatalities as Canada, when adjusted for population, according to data from the World Health Organization.

Injured in a Car Accident?

In case you or a loved one has been involved in a car accident that results in injury or death, the lawyers at PMR Law can help you get the compensation you deserve. Our attorneys work hard to try and get reckless drivers and insurance companies to compensate you as much as possible so you can cover the expenses and damages related to your recovery.

You must know your rights in terms of Lawsuits Related to Automobile Accidents.

Contact us at 832-667-7700 so we can help you. Our friendly staff will ask you some questions about your issue and connect you with a car accident lawsuit lawyer. You can also fill out the “Free Evaluation Form” found here.